I recently found this awesome advertisement for Mego dolls in a 1976 DC Special Green Lantern comic. It's interesting as there are no Marvel Mego characters shown, and Supergirl is missing along with the four Teen Titans Mego dolls. Even though this is a 1976 ad, the dolls are drawn to look like Type 1 Megos, which had been replaced by this point with the updated Type 2 Mego bodies. There is also no mention of Mego in the ad, and the Mego logo is nowhere to be seen! Each Mego was a mere $3.39 and postage was only .59 cents! If only we knew then what we know now! 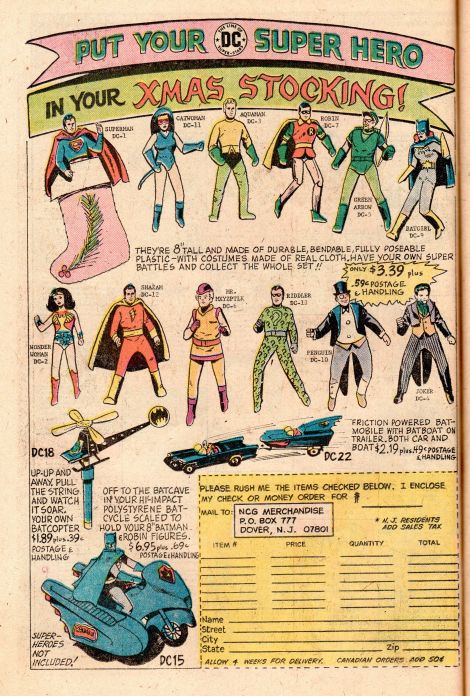